Of course, it wasn’t all fun and games during the Renaissance, but there are plenty of modern people who love to dress up and visit Harveysburg, Ohio for just that very thing.

Visitors come from all around to this fair for celebrating the times of knights and ladies, and enjoying themselves in an authentically re-created 16th century English village.

You will find yourself immersed in the talk and the scenes of olden times, where jesters and storyteller bards roam the lanes, and wares are sold by buxom maidens in the shops of the Marketplace.

You can dress up, or simply rub shoulders with the nobles and peasants dressed in their finest Medieval or Renaissance garb. You will see some gypsies and belly dancers, and feast at the stalls of turkey legs or hearty bread bowl stews among other repasts.

Would You Like To Step Back To Olde England?

Every year since 1999 on weekends from late August through October, people have traveled to this little festival to be regaled by performers and to don their finest Renaissance garb. Some are dressed worthy of an SCA event, and some are clearly using their own imagination, but no one seems interested in anything but enjoying the good time of the 16th century infused atmosphere.

An estimated 165,000 people attend the festival throughout the eight weekends stretching through two of the nicest months in Ohio (best weather in my opinion).

The Queen and her entourage parade the ground a couple times a day so that the crowds of her subjects can see the finery and display of her court.

Do Tell The Numbers

There are 8 Themed Weekends.

There are 12 stages for the performances.

There are 30 acres of grounds.

More data for this festival, here.

How Many Renaissance Craftsmen?

More than 130 merchants and demonstrating craftsmen.

Some of them will be:

Weaponsmakers of arrows and armor

Purveyors of oils and incense

Where does one learn how to be a Renaissance Lady or a Churlish Serf? I don’t know about churlishness, but if you want to learn how to dress, or fully embrace your inner Knight, there are Renschool activities. And some curriculum resources like the pictures of period costume in PDF form.

What About the Themed Weekends?

Pirates Weekend
has people dressing up as pirates of course, since this era ushered in the golden age of pirates. Pirate Stunt Show and pirate school are highlights.

Barbarian Invasion
is time for Vikings and all the rest of the hordes to dress in their finest headgear and come for a good time. Strength contests and turkey leg eating is on the menu.

Highland Clansmen with their kilts and bagpipes are going to engage in the Highland games. They will compete in contests of the eating of the Haggis and roam the lanes accompanied by the thunderous pipes and drums of Albannach.

And those are just three examples of the fun in store, so make your plans.

So, You Want To Be A Lady?What Did Renaissance Women Wear?

If you would like to dress the part in Renaissance style, it take a bit of research and probably some sewing skills, although for a pretty penny there are costumers who will make custom a wardrobe for you. And expect it to be something of a wardrobe, unless you dress as a simple serf in a white shift tunic as an undergarment and then a simple dull colored gown over that. Finish off with dark shoes and stockings and you are done.

The fine Ladies clothing is a very complex affair. After all, it is thought that many noble ladies and gentlemen spent most of their wealth on their clothing and personal jewels.

The proper costume for men of wealth and consequence:

The Tudor and Elizabethan Age

The Renaissance in England ranged from a time period stretching from the late 15th to early 16th centuries until the early 17th century. It was the time of Henry the VIII, of Elizabeth the I, and of Shakespeare. Theater and Literature thrived, and though the English were not as renowned for their art or music, those arts developed and architecture flowered.

It was certainly a time of great change for all the people of England, both high and lowborn. The history of Henry the VIII is well known, more for the salacious details of his many marriages and their subsequent short lives than for anything else, Yet, it was a time that gave England her greatest Queen, and the beginning of her quest to become an empire. It was a fascinating time and people love to learn about it and re-enact it.

That is a part, maybe a small part, of the reason that the festivals, fairs, and entertainments with the Renaissance theme have become so popular. We still believe in fairy tale worlds with knights, and ladies and swashbuckling pirates. And there is nothing more fun than visiting their world for just a little while.

Etiketler
and tastes of Renaissance times. and visiting faeries. People in costume and character. along with the sights bards Family fun at the Renaissance Faire ladies sounds with knights 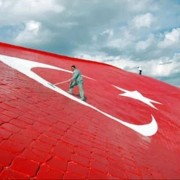 Local art in Chicago on your summer vacation

How to Act French and Use Good Manners when Visiting France

This Secret Room In Mount Rushmore Is Having A Moment

A Digital Media Startup Growing Up With Millennial Women